It's the Bicentennial Anniversary of Pride and Prejudice!

On January 28th, 1813,  the novel that Germine Greer called "the matrix on which all Harlequin romances are built" was published, thus thrusting upon Western civilization "the best-selling plot-line in literature."

And what would any birthday be without cake? Uh, I mean GIFTS! Of course, by all means have cake! But Secret Cravings Publishing and I also have a gift for YOU! 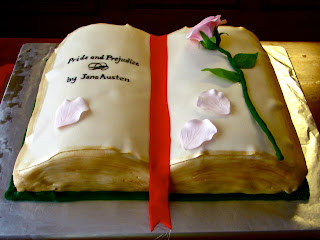 Through Monday, January 28th, Pulse and Prejudice - the vampire adaptation of Jane Austen's classic - will be available at a discount of 25% off on all eBook formats at the Secret Cravings store! That's only $4.88!***

Click here for the Secret Cravings store
In addition, on Monday I will be giving the first clue for the Pulse and Prejudice Pop Culture Challenge! So this is the perfect opportunity for you to grab your copy and get in on this exciting scavenger hunt. You can also get ready for the Dark Jane Austen Book Club, as Pulse and Prejudice is their selection for February!

Click here for the book trailer as featured on USA Today.

PLUS -  Leave a comment below telling me what actor you would choose to play the Vampire Darcy, and you will be entered in a drawing to win an autographed copy of All My Tomorrows - my modern twist on Pride and Prejudice - and a few other birthday treats!

~Colette
***Also available from Barnes and Noble, Amazon, and everywhere else at regular price. 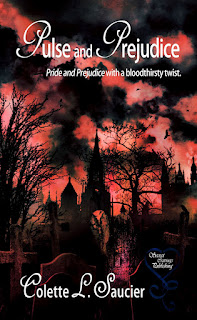 About Pulse and Prejudice

In this thrilling and sensual adaptation of the classic love story, Elizabeth Bennet and the citizens of Hertfordshire know Fitzwilliam Darcy to be a proud, unpleasant sort of man, but they never suspect the dark secret of his true nature.  He is not a man at all – but a vampire.

When the haughty and wealthy Fitzwilliam Darcy arrives in the rural county of Hertfordshire, he finds he cannot control his attraction to Elizabeth Bennet – a horrifying thought because, as she is too far below his social standing to ignite his heart, he fears she must appeal to the dark impulses he struggles to suppress.

Set against the vivid backdrop of historical Regency England, this adaptation of Pride and Prejudice follows the cursed Mr. Darcy as he endeavours to overcome both his love and his bloodlust for Miss Elizabeth Bennet.   Although Pulse and Prejudice adheres to the original plot and style of the Jane Austen classic, it is not a “mash-up” but an imaginative, thrilling variation told primarily from Mr.
Darcy’s point of view as he descends into the seedier side of London and introduces Elizabeth to a world of passion and the paranormal she never knew existed.

Pulse and Prejudice has been meticulously researched for historical accuracy and remains faithful to nineteenth century literary conventions and Miss Austen’s narrative.  The author spent fifteen months traveling to Britain and researching Regency England, as well as vampire lore and literature.  In the few instances in which the plots overlap, excerpts from canon have been expertly woven in so that prior knowledge of Pride and Prejudice is not required for full enjoyment of this remarkable novel.