Enter to Win! Giveaway of Noir Romantic Suspense THE WIDOW Available NOW in Paperback AND eBook! 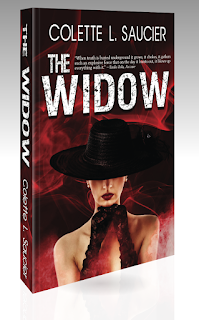 I have exciting news for all of you who prefer to have and to hold an actual book-book rather than a Kindle, iPad, Nook, or whatever: The intense psychological noir thriller The Widow  is now available in paperback, in addition to all eBook formats and the gorgeous hardcover edition. For a limited time, you can order the paperback edition directly from the Southern Girl Press bookstore for only $12.99, although it is also available at the regular price from Amazon (coming soon to all online and "brick & mortar" booksellers).

PLUS A GIVEAWAY- Leave a comment below and you could win your very own copy!

The Widow is a noir romantic thriller (What is Noir Fiction?) with Catherine as the troubled, disillusioned, self-destructive heroine and David, the anti-hero, an undercover DEA agent, who cannot bring himself to trust Catherine nor ignore his obsession with her, which haunts his dreams.

The Widow begins with a game of cat-and-mouse as Catherine attempts to escape from the claws of the drug cartel following her husband's assassination at the hands of a rival gang. David must bring her back on the orders of both his employers: The Sonora Cartel and the DEA. David tracks her down to El Paso with the intent to bring her back to L.A., but Catherine does not plan on making it easy for him.... 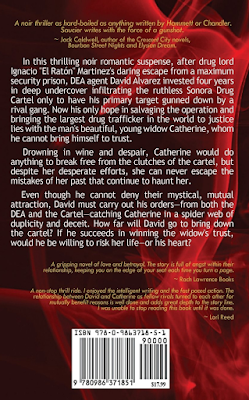 "A gripping novel of love and betrayal. The story is full of angst within their relationship, keeping you on the edge of your seat each time you turn a page." - Rach Lawrence Books

"A non-stop thrill ride. I enjoyed the intelligent writing and the fast paced action. The relationship between David and Catherine as fellow rivals turned to each other for mutually beneficial reasons is well done and adds great depth to the story line. I was unable to stop reading this book until it was done." - Lori Reed

"This gripping, angst-filled story was fast paced and interesting, with Catherine more emotionally broken as events unfolded and David going back and forth on whether to trust her and how far he was willing to jeopardize his career." - A Klues

"This is a must read! I love the way the writer made me feel like I was there. I was on the edge of my seat wanting to know what happened next."- Sue Wallace

"This book is a noir thriller with a bunch of steamy deliciousness for the reader's pleasure. I recommend this book to anybody who enjoys a good noir thriller."- Tina Carter, Half Agony Half Hope