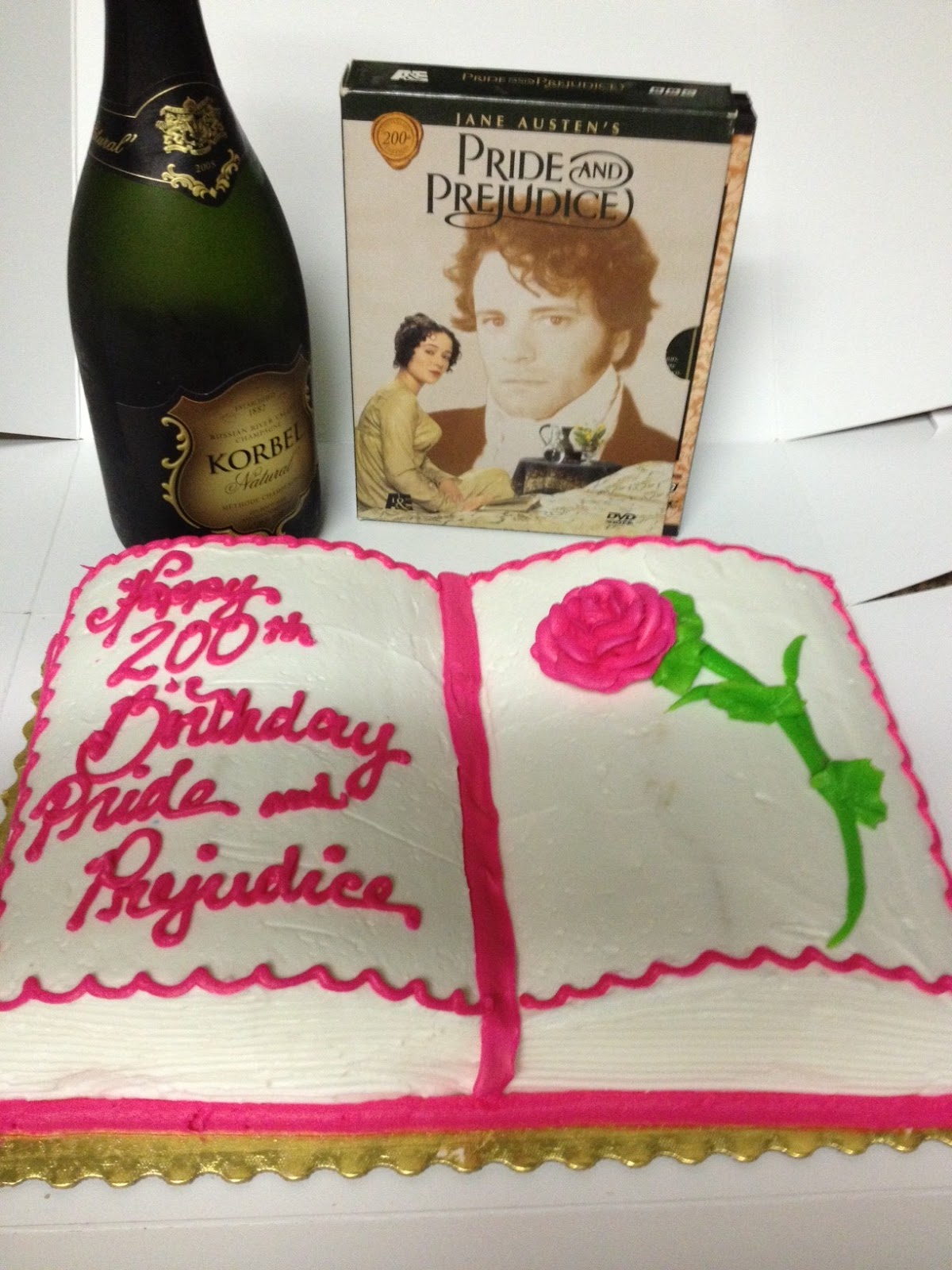 You might not have realized it since we kept it rather low-key, but last year was the 200th Anniversary of the publication of Pride and Prejudice. I'm kidding, of course, since we Austen Authors commemorated it throughout the year with our P&P 200 series (and now we have it collected in our special tribute Pride & Prejudice:The Scenes Jane Austen Didn't Write ). I even had a cake and champagne on the anniversary date of publication! (Of course, I will use any excuse for cake and champagne...)

As years pass, human nature tends to place more significance on anniversaries that represent some sort of milestone. I doubt anyone had cake and champagne for the 199th Anniversary of Pride and Prejudice. Even in marriage, the first anniversary has that ripple of excitement lacking in the 2nd and 3rd and on and on. Most people I know even freeze the top layer of their wedding cake to eat on their first anniversary. (Forget that! We took our top layer on our honeymoon and I bought an identical cake the next year—to go with our champagne. I'm serious when it comes to my cake!)

In September, my husband and I celebrated our 20th wedding anniversary—one of those "milestones." This is so much a part of our collective consciousness that it's reflected in the "traditional" anniversary gifts. After year fifteen, you’re on your own until the 20th, and then it's every five years after that, as if to say, "Hey, if you two were able to stick it out for fifteen years, you should be able to fill in the gaps! Check back when it's an 'important' year."

Last year also saw the 50th Anniversary of the President Kennedy assassination, which launched a tidal wave of retrospectives. As it has for the last thirty-three years, the anniversary of the assassination of John Lennon passed a few weeks later but with little fanfare—unlike the 20th anniversary, when I actually went to Strawberry Fields in Central Park across the street from the Dakota where he lived and died; and the 30th anniversary, on which day my daughter did the same.

These two men, each taken from us by an assassin's gun at such a young age (John Kennedy 46, John Lennon only 40—so strange to think I am older than both of them) seventeen years and three weeks apart, have no other obvious connection—until we note the other events reaching that 50-year milestone.


My husband is a British historian, but on occasion, the university will hold a gun to his head and force him to teach American history. Inevitably, a student will ask, "Are we going to have to memorize dates?” He always tells them the same thing, that they only need to know five dates in American history: July 4th, 1776; July 3rd, 1863; December 7, 1941; June 6, 1944; and February 9, 1964. That final date, 50 years ago today, The Beatles appeared on The Ed Sullivan Show. And changed the world. 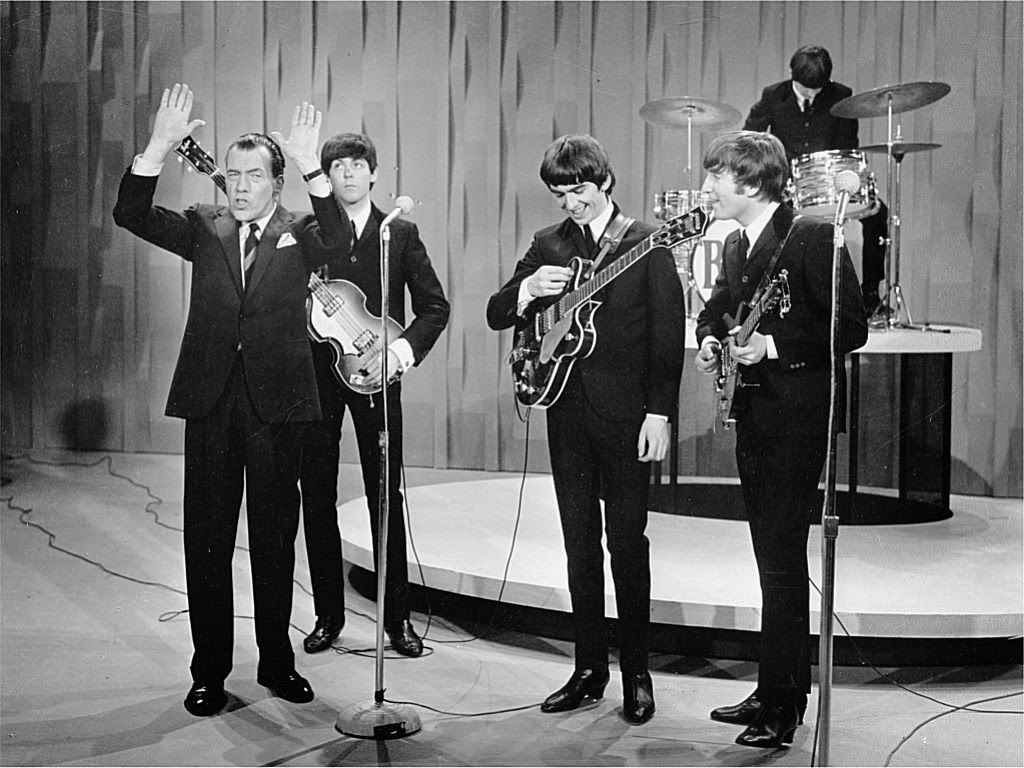 I have read about the significance of the timing of Beatlemania and could see it reflected in the multitude of retrospectives on Kennedy's assassination. The overwhelming grief that descended upon the country like a widow's veil, the collective depression shared by a nation: What could possibly return that sense of optimism that had come from Camelot, this youthful president who wanted to send us to the moon? Four lads from Liverpool who "call themselves The Beatles" and want to “Hold Your Hand.”

A child living in Washington, D.C., at the time, my husband has some fuzzy recollections of the shock of Kennedy's assassination and the pervading sadness during the funeral procession, but he recalls with uncanny clarity that Sunday night when he was one of 73 million people introduced to The Beatles by Ed Sullivan. Alas, I had yet to be born, so my introduction to John Lennon occurred much later. 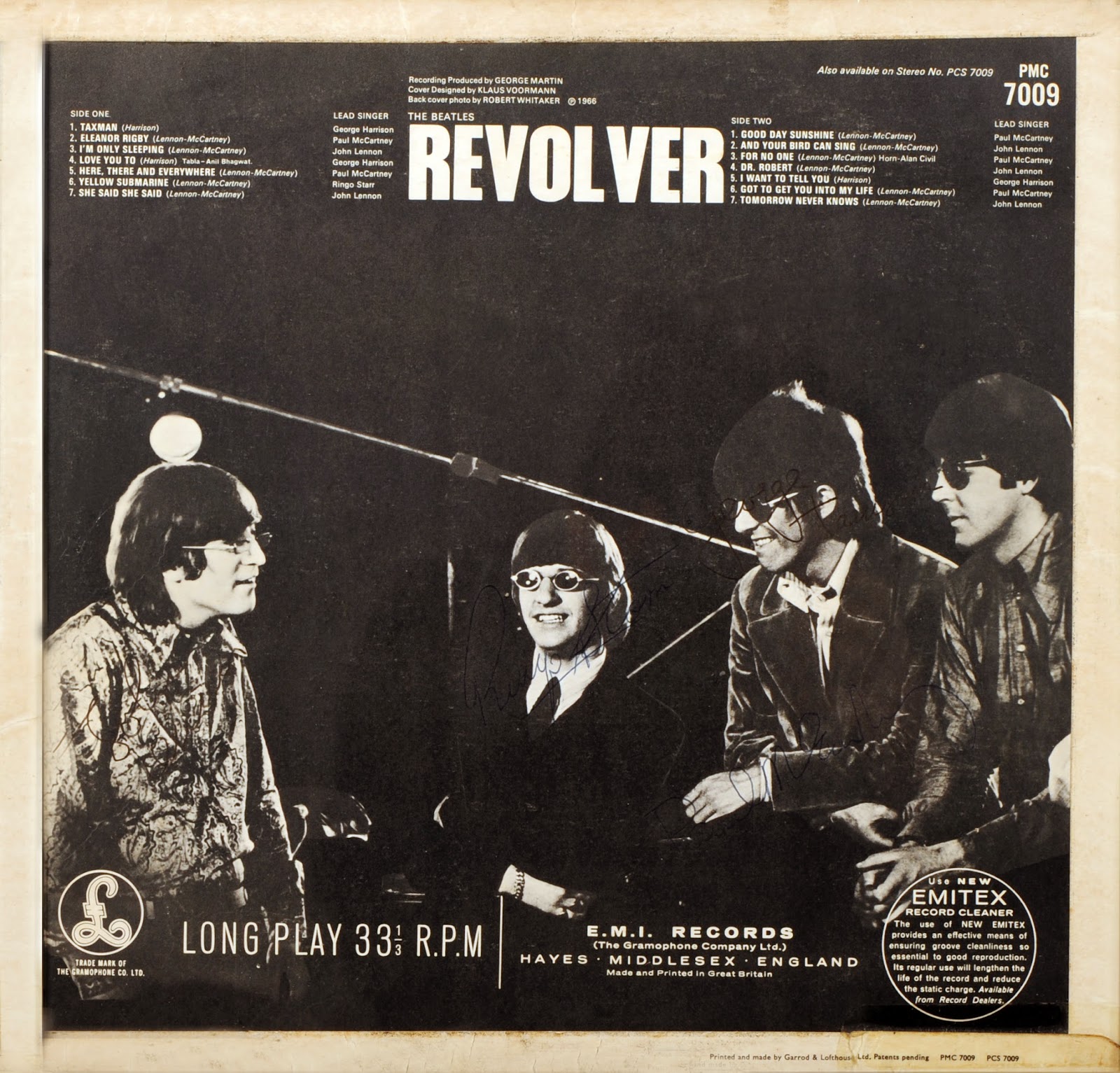 When I was seven, my fifteen-year-old aunt gave me her old avocado green record player. I remember being quite excited by the hand-me-down, but I didn't have any records of my own. I went through a stack of my parents' old albums and, being seven, judged each record by its cover. The art work on Revolver caught my attention, but it was the photograph on the back—those four men smiling in the dark in their sunglasses—that made me choose it for my record player's inaugural spin. The next album in the stack was Beatles VI, so I took that one as well.

For whatever reason, I played side B of Revolver first. The first Beatles song I ever heard was “Good Day Sunshine.” I loved almost every song on the album (even at seven, I had better taste than to like “Yellow Submarine”), but undoubtedly my favorite then was “Got to Get You Into My Life.” I played it until I knew every line, and I would belt it out using the knob from my canopy bed as a microphone. Eventually, though, “Tomorrow Never Knows” won me over, thus ensuring that there would be psychedelics in my future. I recall I only liked “Eight Days a Week” on the other album, and I needed more. I went back to the old stack looking for anything else from these Beatles and found Rubber Soul. Then, as now, I loved “Norwegian Wood” and “In My Life” most of all. 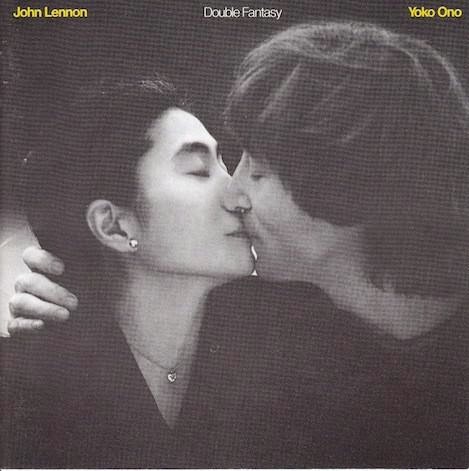 Several years would pass before I would discover the albums that would become two of my favorites—Abbey Road and Sgt. Pepper—but I am glad for that. Finding these treasures over time meant that, for me, The Beatles had not broken up; they still had new music to give me. In fact, I did not even know they were no longer together until I saw Paul McCartney on TV performing with his new band Wings. I did like “Band on the Run,” but hearing “Imagine” secured John as my favorite Beatle.

In December of 1980, I had not yet gotten the Double Fantasy, but I had the 45 of “Starting Over.” I was excited that John had a new album and expected it for Christmas. The morning of December 9th as I dressed for school, I heard the news on TV. It didn't fully register at first. Mark David Chapman and John Lennon. When I finally understood, I was inconsolable. I didn't go to school that day.

It sounds odd since I wasn't even born until the summer Sgt. Pepper was released, but The Beatles have provided the soundtrack to my life. I believe that discovering our mutual love of The Beatles brought my husband and me together. When we got married, I walked down the aisle as a cellist played a beautiful rendition of “Lucy in the Sky with Diamonds.” We still argue over which is the best Beatles album, Abbey Road or Sgt. Pepper (clearly the former). Abbey Road may be my favorite; but, perhaps because it is how I first came to love them, Revolver is a close sentimental second.

I cannot imagine how different my life might have been if John and Paul had not met on that late July afternoon—ten years to the day before I was born (yes, on a “milestone” anniversary). Would my husband and I have gotten together? Would I have been inclined to expand my consciousness? I know that The Beatles touched millions of other lives as well. Especially during that dark time in our nation’s history 50 years ago. 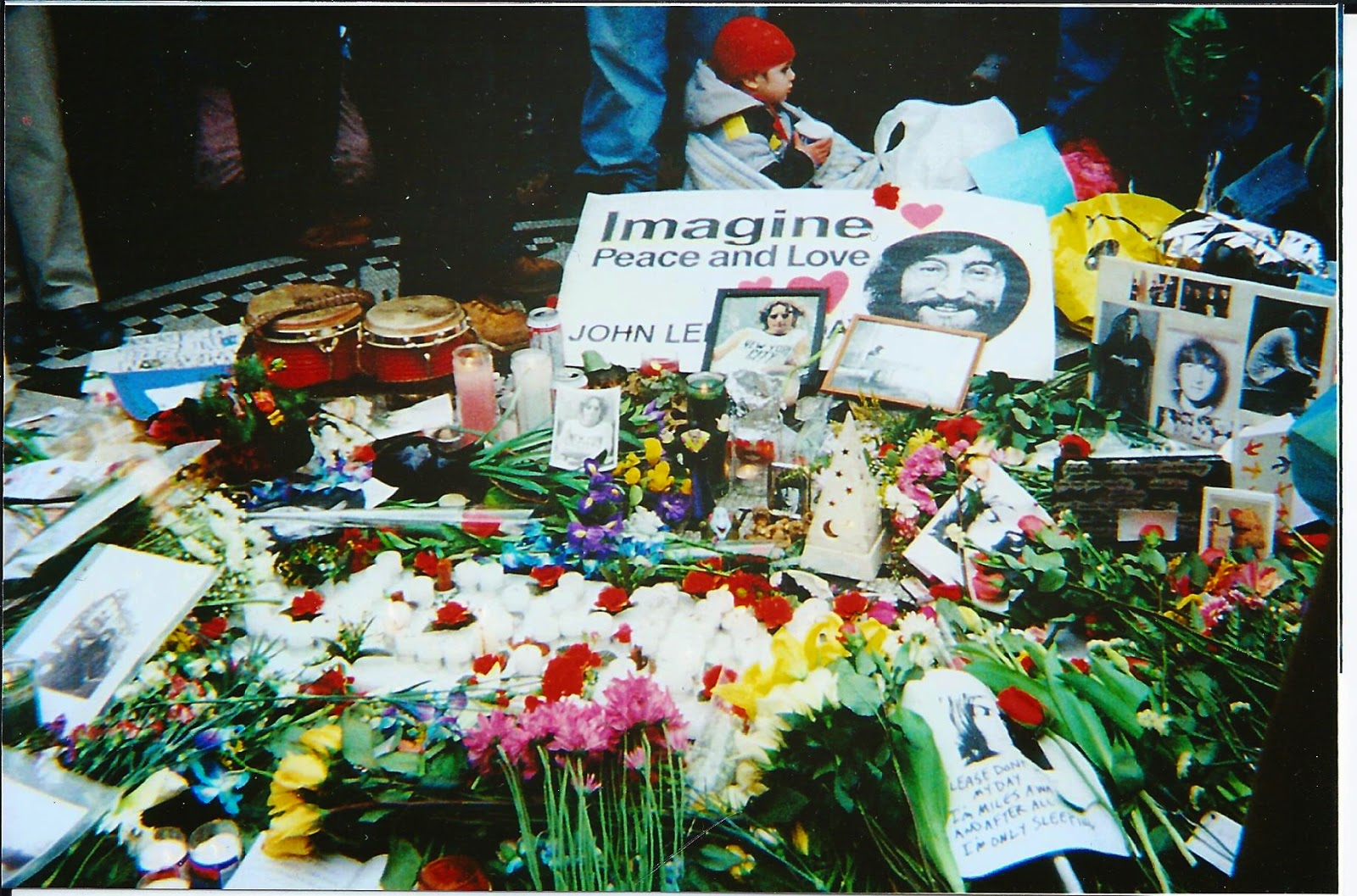 That is the influence of this band (a word wholly inadequate to describe what they were) and this man. I don't want to imagine a world without The Beatles. It has been hard enough not having John for the last thirty-three years. But John Lennon wasn't special because he was in the greatest band of all time. The Beatles were the greatest band of all time because he was among them.


He reminded us to “Listen to the colour of your dreams."
Because Tomorrow Never Knows....