Good morning, dear readers!
First of all, allow me to apologize for the "Content Warning" - I assure you it has aught to do with my guest for Coffee this morning! I felt obligated to add it because of  "My Sexy Saturday" last week with an  excerpt from Alicia's Possession, which as the name implies IS sexy. So if you're cool with that but want to be heated up, you can check it out.

Today, I am absolutely thrilled to introduce one of my fellow Austen Variations Authors as well as a displaced Louisianian and New Orleans Saints devotee (we'll ignore that he occasionally has the poor taste to pull for Green Bay), Jack Caldwell! That's right: It's a man, baby! His motto is "It takes a real man to write historical romance;" and he is a wonderful writer of Austen-inspired fiction, including his latest release, The Companion of His Future Life. Once you have had a taste of THIS re-imagining - oh boy! - I know you are going to want to see where this is going! So get a beignet and a cup of café au lait (even if it's in spirit only) and prepare to be entertained...

About The Companion of His Future Life 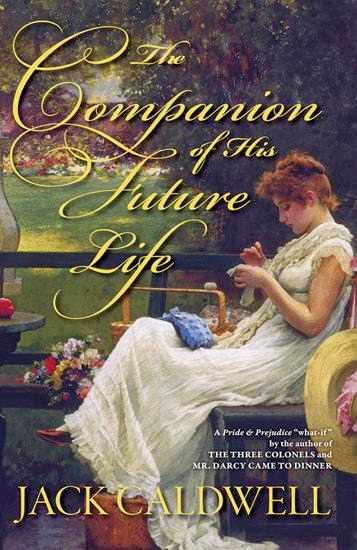 A funny happened on the way to Hunsford—what if Mr. Collins had chosen a different companion of his future life?
Legions of Pride and Prejudice aficionados have wondered why Mr. Collins didn’t turn to Mary Bennet rather than Charlotte Collins after Elizabeth rejected his marriage proposal. Author Jack Caldwell decides to tackle that very subject, and the results are surprising, yet familiar.
Mary Collins invites both Elizabeth and Jane to visit Hunsford over Easter, where they meet a very different Anne de Bourgh. Of course, Mr. Darcy and Colonel Fitzwilliam are there, too, so fans of Jane Austen know what’s coming!
A light-hearted, fun twist on an immortal classic, Caldwell transfers Austen’s unsurpassed dialogue to different characters, with hilarious results. Those who have read Caldwell’s Mr. Darcy Came to Dinner know they’re in for an amusing and satisfying ride as they follow the characters’ trials to discover their own companions of their future lives.
Available now from Amazon, Barnes & Noble, and Kindle.

Excerpt from The Companion of His Future Life
Elizabeth Bennet sat in the pew of the Meryton Church, trying to understand what was going on. There, before the altar, was her sister Jane, a participant in a wedding ceremony but not as the bride. Jane was the bridesmaid. For her sister Mary. Who was getting married. To William Collins.
What has happened?
Six weeks earlier, Jane was enjoying the attentions of Mr. Bingley, Elizabeth was enjoying her contempt for Mr. Darcy, and both were trying to avoid Mr. Collins. Now, Mr. Bingley and his annoying sisters and friend were gone from the neighborhood. Mr. Wickham, the soldier who had been so entertaining to the Bennet ladies, was paying exclusive attentions to Miss King. And Mary was uniting herself for life with Mr. Collins.
What has happened? No, no, this is wrong. It should be Jane marrying Mr. Bingley. Perhaps this is
a dream. Perhaps if I close my eyes very tightly and open them, this will all go away.
Mr. Collins was repeating his vows. "With this ring, I thee wed. With my body, I thee worship."
Elizabeth tried. It did not serve. I believe I shall be ill now.
Eventually the ceremony was over. Elizabeth found herself alone in the church.
"Elizabeth? Are you well?"
"I have a mind amazed at its own discomposure, Jane. I cannot believe that Mary has married Mr. Collins. It is just… wrong!"
"Well, it has happened and we are all returning to Longbourn for the breakfast. You must come along now."
Elizabeth grasped her sister's hand. "Oh, Jane, if only we were to be going to your wedding breakfast!"
Jane smiled a thin smile. "Mr. Bingley is perhaps the most amicable man of my acquaintance, but I am sure you apprehend too much about him. He is a very pleasant sort of person, and I enjoyed his company. That is all. Now, come along."
Elizabeth chose not to challenge her sister and walked out of the chapel. At the door she turned back and looked at the sanctuary one last time.
William Collins is my brother. I cannot believe it!
***
The new Mrs. Collins approached her elder sisters as she prepared to leave.
"Mary, let me wish you joy again," cried Jane as she hugged her.
"Thank you, Jane." Mary turned questioning eyes to Elizabeth. "And you, Lizzy? Do you wish me well?"
"Of course! All the joy in the world, my dear sister." As much as she tried, Elizabeth's sentiment sounded false, even to her own ears.
Mary was clearly not deceived, but she did not challenge her sister. Instead, she grasped Elizabeth's hands most fervently. "Please, you must promise me, both of you, that you will visit me as soon as may be."
Elizabeth was taken aback to see the apprehension in Mary's face. "Of course, we shall! Shall we not, Jane?"
"Oh, yes," Jane assured them both.
Elizabeth smiled. "There, it is settled! Write to us when you are ready."
Mary was visibly relieved. "I shall—perhaps at Eastertide. I shall ask Mr. Collins."
Elizabeth was almost overcome by the look of fear and trepidation on Mary's countenance. "Oh, Mary, take care! We love you so!" She embraced her trembling sister.
Mary was in tears. "You do? Oh, I love you, too! Both of you!"
Jane joined in, and the three held each other until they were interrupted by a pompous voice.
"Ah, what a picture of sisterly felicity! Would I could but stand here to admire it for the rest of my days! But, Mrs. Collins, we must be off if we are to make Hunsford before nightfall." To Elizabeth's disgust, Mr. Collins was actually dancing from foot to foot, so fervent was his desire to leave.
Mary closed her eyes and took a deep breath. "Yes, Mr. Collins, you are right. Give me your arm… husband."
Elizabeth blanched. I believe I shall be ill now.
The remainder of the leave-taking took no little time as Mrs. Bennet was in full rapture over her now-darling daughter being the first to leave Longbourn after entering the state of Holy Matrimony. Finally, the farewells were accomplished, and the couple ascended the waiting carriage. As it pulled out of the drive, Mary leaned out.
"Jane, Lizzy, do not forget your promise! Goodbye all! Goodbye!" 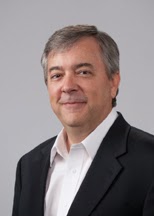 Jack Caldwell is an author, amateur historian, professional economic developer, playwright, and like many Cajuns, a darn good cook. Born and raised in the Bayou County of Louisiana, Jack and his wife, Barbara, are Hurricane Katrina victims who now make the Suncoast area of Florida their home.
His nickname—The Cajun Cheesehead—came from his devotion to his two favorite NFL teams: the New Orleans Saints and the Green Bay Packers. (Every now and then, Jack has to play the DVD again to make sure the Saints really won in 2010.)
Jack’s novels include PEMBERLEY RANCH, THE THREE COLONELS, MR. DARCY CAME TO DINNER, and THE COMPANION OF HIS FUTURE LIFE. In 2015, he will release the first four books in his epic CRESCENT CITY series.
When not writing or traveling with Barbara, Jack attempts to play golf. A devout convert to Roman Catholicism, Jack is married with three grown sons.
Jack's blog postings—The Cajun Cheesehead Chronicles—now appear regularly at Austen Variations.
Web site – Ramblings of a Cajun in Exile – http://www.cajuncheesehead.com
Blog – Austen Variations – http://austenvariations.com/
Facebook – https://www.facebook.com/pages/Jack-Caldwell-author/132047236805555
Twitter – https://twitter.com/JCaldwell25
Goodreads – https://www.goodreads.com/author/show/4113966.Jack_Caldwell